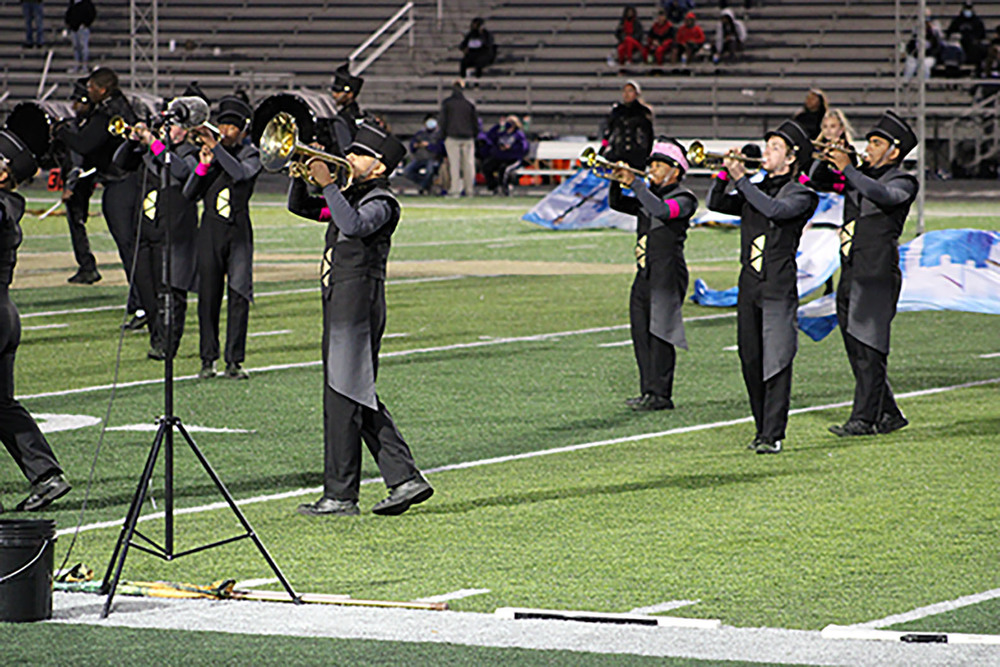 Extracurricular activities are ways that students can get to know one another and connect because of a common interest. A love for music and leadership is what brings the students of Warren Central’s Gold Brigade Band and Guard together.

For years, the Gold Brigade has given many students opportunities to lead, grow as musicians, and work towards greatness as individuals and a group.

This season, the Gold Brigade planned to perform at the Indy 500 Parade, ISSMA State Finals, and Band of America, but due to the outbreak of COVID-19, these events, like many others, were canceled

“[The season has] been cut in half and we’ve lost lots of morale due to missing [the canceled] competitions,”  loading captain Christopher Reyes said.

The Gold Brigade, however, has not let these obstacles get in the way of a spectacular season. The implementation of new leadership roles and safety procedures by Warren’s band directors, Ed Meckes, Gabriella Gervasio, Zachary Himes, and Jessica Holcomb are what has made this season run so smoothly.

“I think the leadership roles this year help even out everybody’s workload,” uniform captain Elizabeth Brattain said, “instead of the same few people bringing out everything, there are many people working together to ensure that we are prepared for rehearsal every time.”

The addition of these new positions and leaders have made carrying out the season, despite the new safety regulations, much easier.

Things like limiting indoor practice, assigned spaces, social distancing, and only having masks off when playing, are a few actions taken by the band in order to follow state regulations set by the health department.

The directors have even gone as far as to change the way that a lot of things have been done in the past, like warming up and taking breaks, to better adapt to these conditions.

“Even when we’re in a block, we don’t split lines anymore like we used to. This allows for distancing as well,” Brattain said.

This year, the Gold Brigade’s show is called Checkmate which was composed by Joshua Talbott, who also provides the show’s narration.

Throughout the narration, Talbott compares the game of chess to life, from suffering losses to keeping your eye on your goal no matter the advantage or lack thereof. With the disappointment of canceled events and highs of great performances, the members of the Gold Brigade relate very much to the theme of their performance.

“It’s sort of heartbreaking to see my senior season going down this way, especially since this year had so many big plans,” said loading captain Christian Oates.

However, with high spirits, the Gold Brigade moves forward. The motivation of upperclassmen, directors, and parent volunteers alike have pushed the band to work as hard as possible.

“All I want to see is everyone giving their all and making the best of the circumstances,” Oates said.

The Gold Brigade will continue their season by performing at competitions on Saturdays, during halftime at football games, and recording their final performance to send to the. ISSMA State Finals.