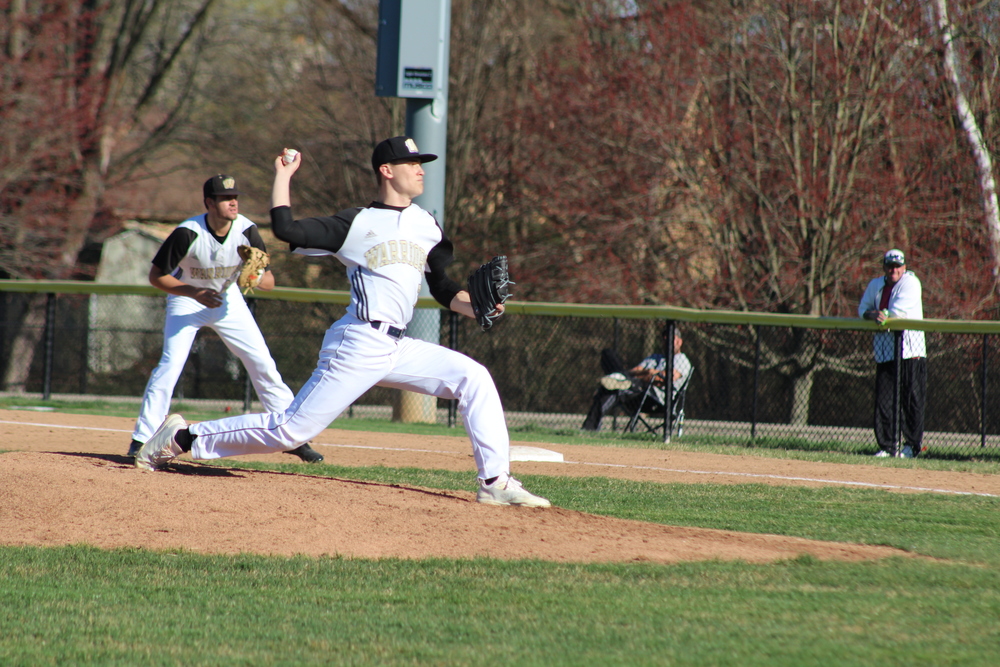 The Warren Central boys baseball team has started their season with a 1-8 record, but are striving towards improvement and plan to continue the season strong. They believe that they have a team capable of having a successful season.

“So far this season, we’ve performed great up to a specific inning. We tend to have innings in which we struggle and give up a whole bunch of runs, which ends up hurting us. Without those innings, we would have more wins and wouldn’t have the record we do now. We haven’t met up to our expectations as our coaches and peers expected,” senior Kade Mathies said.

The team started off their season with two games against Pike, and while the boys just narrowly lost both games, the losses showed the boys what they needed to work on and gave them confidence for future games.

“We did not play like we expected or hoped against Pike; however, we showed multiple bright signs that we can build on. We now know what we need to work on for future games, and we understand our skill set as a team better. So despite the negative outcome, there's multiple ways we can turn that around and fuel us for the upcoming weeks,” sophomore Gavin Deberry said.

The boys captured their first win against Indianapolis Arsenal Technical by a score of 12-1. Senior Hunter Shanklin led the team with three runs and was immediately followed by senior Jayden George and junior Justin Alexander, who each had two runs.

“Tech felt really good. It was the first win of the season and tossed us in the right direction. We know we have the talent to go out and win games. It's just a matter of putting it out on the field,” Deberry said.

The team continued their season with a devastating loss to Decatur Central, followed by two losses to MIC opponent Lawrence North. However, the team does not believe that the score reflects the game and know that they played well.

“Against Lawrence North, we played extremely well. We had few to no errors out in the field, and the only issue was they hit the ball and we didn’t. When we get the bats going, we’re a tough team to beat,” sophomore Bryce Davidson said.

While the Warriors are off to a slow start, they understand what they need to work on and plan to do everything they can to make this into a successful season.

“We need to work on the small things. As a whole, I believe we know the game fairly well. But studying the game, learning and watching for signs and hints that other teams give, and getting into that locked in and workers mentality will all make us better as a team,” Deberry said. “We also could work on staying focused and calm in late game situations.”

The Warriors are setting high expectations for the remainder of the season, not only setting goals for the regular season, but expecting to make deep tournament runs as well.

“By the end of the season, we would love to win county. County is not the last of our goals, but multiple small mid-season goals keep us locked in and focused. If we were to win county later in the season it would give us that confidence boost and extra drive headed into sectionals,” Deberry said.

In order to compete as well as they want to to end the season, the Warriors have outlined some key aspects about games that they could improve upon in order to make this a successful season.

“We continuously get upset at one another after someone commits an error, so we need to change that, tell them to move onto the next play and forget about that one mistake. The worst thing to do is remind someone of their mistakes because they’ll be focused on that and continue to make more errors,” Matheis said.

The record does not truly show the potential of the team, and the boys are keeping their heads high and plan to finish the season strong.