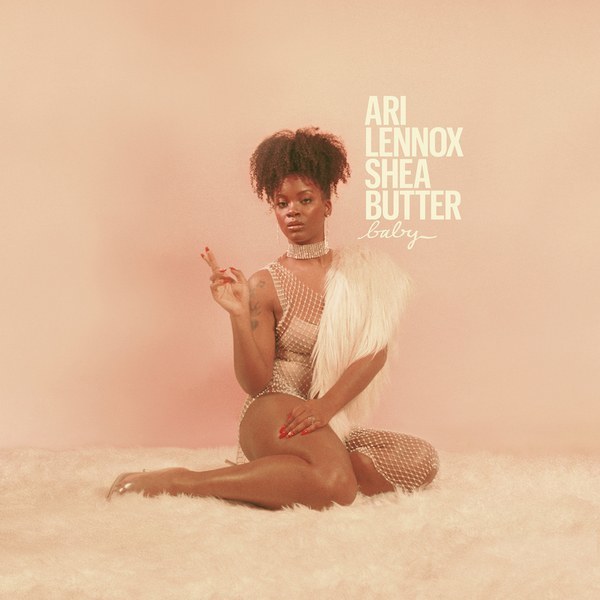 The artists of J Cole’s Dreamville records proudly boasted that 2019 would be their year and with the release of Ari Lennox’s “Shea Butter Baby” they are off to a good start. Ari Lennox released her much anticipated debut album on May 7, 2019, showing the world what she is capable of. While Lennox may not get as much attention as her Dreamville counterparts, she does not let that stunt her musical abilities or focus. Last year, Lennox gave her fans a look at what they could expect with the duet “Shea Butter Baby” with label head J. Cole. The song was released on the star studded “Creed II” soundtrack and Lennox still managed to stand out amongst them. The song showed fans would they could the expect from her upcoming album. Throughout the album, she showcases her strong vocal abilities while tackling the troubles of dating in today’s world. With her inspiration coming from older generations of female R&B artists, Lennox is able to capture what R&B is all about in her album.

Ari Lennox is not new to the music industry, she released her debut ep Pho in 2016 and has never shied away from featuring on other Dreamville associate’s albums like Bas’ Milky Way or Earthgang’s “Royalty.” She also appeared on Dreamville’s collab album “Revenge of the Dreamer’s II” in 2015 with her single “Backseat” featuring Cozz. Even with all of her credits, she has never showcased herself like she did on her album. While she always appeared as more of a feature artist, only contributing the chorus or a single verse, she changed that view on “Shea Butter Baby” where she’s giving full uninterrupted songs of herself and her wide range of vocals. Even though she was never a household name, the album served as a strong way for her to put herself out there to the world.

As a 28 year old, Lennox finds herself involved in the millennial dating pool and the challenges that come with that. Throughout the album, she dives into her feelings and emotions from her experiences in situations such as hookups, confusing relationships, and being on her own. The album opens up with “Chicago Boy,” a song about going out and meeting someone of interest when you are unprepared for it. The song begins with her alluding to a trip to CVS where she meets a boy and begins a relationship with him. The song serves as a catalysts for the album as it shows the premises of the topics she is going to discuss. She ends the song with a “warning” for things to come in the album, telling anyone who is not familiar with her work what to expect for the rest of the album. Along with “Chicago Boy,” songs like “I Been” “Whipped Cream” and “Static” showcases her experiences in relationships and the fear that it has given her going forward as she pursues future relationships. She also discusses the other half of the coin on songs like “BMO,” “FaceTime” and “Shea Butter Baby” Lennox discusses the good of relationships and what she likes of wants from her partner. Lennox does not just discuss the difficulty of pursuing relationships or being in relationships, though. She also discusses the freedom she feels outside of one in “New Apartment.” This song stands out amongst the rest as one of the only ones where she feels free and independent from anyone else and anything anyone could say to her. The apartment is symbolized throughout the song as an object of freedom.

With many emerging female R&B artists, there are many options for good female voices in music. Lennox sets herself apart from the bunch with her neo-soul style, taking inspiration from the female R&B singers of old. Lennox blends old R&B styles with contemporary R&B styles very well throughout the album.

“Shea Butter Baby” served as Ari Lennox’s debut to the world. She finds a way throughout the album to use her relationships woes to her advantage. Her storytelling throughout the album makes for memorable well written songs. While the album’s messages might be a little repetitive, she finds different angles and approaches to delivering her message. Lennox quickly showed that she should be included in any discussions of Soul singers set to take over in the next decade.