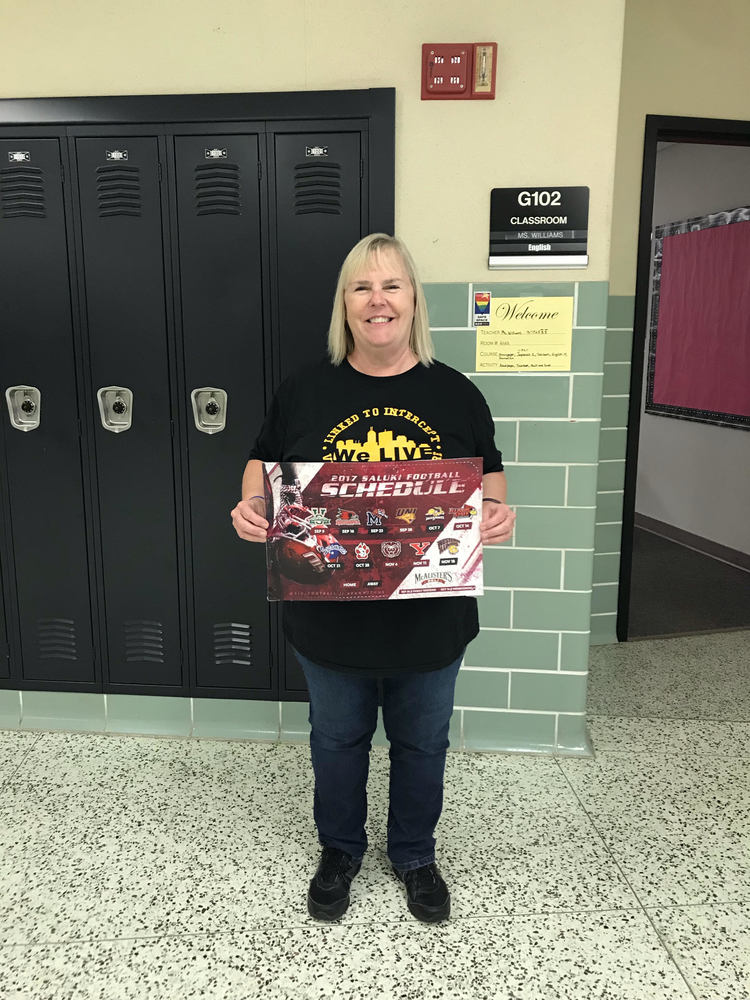 I am honored to write an article for the Owl, and especially to write about my passion for We LIVE Indy.  I have loved the Owl since I was on the staff more than 40 years ago, and I also love We LIVE Indy and its mission.

On May 6, 2017 my Math department chairperson woke me by calling to tell me that one of my students, Dijon Anderson, was injured in a shooting.  Dijon had a charismatic personality and was an outstanding football player in his senior year of high school with a full-ride scholarship to Southern Illinois University.  Throughout the month he fought for his life, but on May 23, 2017, he passed away.

That summer, Brandon Warren, one of Dijon’s football teammates, began We LIVE Indy. Dijon was known for saying, “ We livvveee babyyy!”  In the name of the organization, LIVE (rhymes with five) is an acronym that stands for “Linked to Intercept Violence Everywhere.” We LIVE Indy’s mission is to deter and prevent violence.

In August of 2017, Brandon and We LIVE Indy organized its first Peace Walk.  People gathered in George Washington Park to walk in downtown Indianapolis. We walked by the Juvenile Center and stopped to pray there.  We continued back to the park and were honored to hear from many speakers including the mayor, the chief of police, and Dijon’s mother, Christa Frazier.  The Peace Walk has continued each of the last two years.

One goal of We LIVE Indy is to bring awareness to the pain that is felt when a loved one is lost to violence.  We LIVE Indy has often asked parents and siblings of victims to share their experiences at their various events.  Last year, We LIVE Indy hosted its first annual Christmas party for the victim’s families. Sponsors provided gifts for the children in the families.

In each of these and We LIVE Indy’s other events, one of the goals is to bring awareness to the pain that is caused as a result of violence. We hope that students will make wise choices and avoid using guns. We hope they will resolve conflicts in peaceful ways. We hope that if they see something that doesn’t seem right, that they will say something. I hope that I will never again have to receive a phone call telling me that another student of mine has been shot.