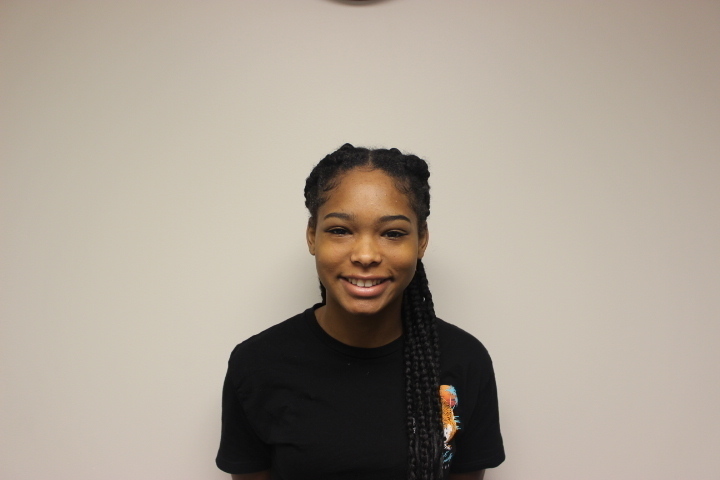 America is changing. We have to come to terms with that. In the past two hundred and fifty years alone we have been a territory of Great Britain, the thirteen colonies, owned slaves, fought a civil war, underwent the Reconstruction and the Great Depression, had a Cuban Missile Crisis and elected a black president. Nearly three hundred years of progress and change were required before we can stand here today and say that we live in a modern twenty-first century. Change is not always a bad thing, especially when the change has been deemed a necessity.

We need a change. In the first 220 days of 2019, there have been more than 250 mass shootings, with the most recent and well known ones being Gilfory, El Paso and Dayton. In just one week, 43 human lives were lost because of gun violence and easily accessible guns to the minds of the mentally-unstable, racist and irrational. When people who are sick and tired of seeing their friends, their loved ones, their fellow human beings’ lives lost, they protest and plead for a change in the gun laws of the United States of America so this problem will be squandered.

For a short period of time, some of these shootings make national headlines. People are disgusted and distraught from the mass violence and death that has taken place in their city, their country, their society, but then it goes away. The blood-soaked city name slips from the national headlines and is nearly forgotten until another shooting occurs and restarts the vicious cycle of death. Another display of bullets that ended with valuable lives lost because of weapons that should not be as easily accessible to the public. Another news reporter who interviews families and friends of those who lost their lives. Another shooting that could have maybe been prevented. We send our prayers, we hope for the best, and then we turn back to our daily lives without any change occuring.

We cannot just send our hopes and prayers then wait for change to happen. As a society, we have a choice. Although this choice is not easy, it is a choice to make a change that will save our lives. It will not wipe up the blood on our blood-soaked American soil, but it will help reduce the amount that will be spilled in the future. We do not have to live in fear that this trip to the movies, this trip to the grocery store, this trip to school will be our last. We should not have the possibility of becoming another victim pop into our mind with as much ease as it does. We should not have to teach children what to do if there is a school shooting, we should not send them to school with clear or bulletproof backpacks and categorize it as “the times are changing.” This is not normal. This is not okay.

Mass shootings do not have to be a part of American culture the way that they are now. We do not have to be seen as the country that loves our guns more than we love our citizens. We can make the choice to change the all too prominent gun culture in America.

Shortly after the Marjory Stoneman Douglass shooting on Valentine’s Day 2018, Dick’s Sporting Goods made the choice to stop selling assault weapons and to not sell guns to anyone under the age of 21. Dick’s reported that their sales were done 3.9 percent in the third quarter, however, they did not reconsider their stance or their choice.

Just for Americans to be able to drive legally in the US, they need to pass a permit test, hold that permit for either 180 or 270 days and log driving hours with a licensed driver. To purchase a car in their name, they must provide their license, insurance, apply for a certification of title and proof of residence. To be able to own a gun legally you must have an ID, be 18 or older and pass a background check. If you’ve been convicted of a felony, convicted of domestic battery, a drug abuser, or if you are mentally incompotent you will not be able to purchase a gun. There is no test about gun safety in Indiana. There is no test to see if you are mentally strong enough to own a gun. Even though after the majority of mass shootings that take place in America, people are quick to claim they are mentally ill. If this is such a common claim for the perpetrators of mass shootings, why not find a way to attempt to prevent this? It will not be a simple or clear way, nor will it be failsafe, but people are dying at an alarming rate, something is better than nothing.

Because of the gridlock that is currently going on in our government, legislature is slow to pass the House of Representatives and the Senate. However, one of the things the government is trying to put into law are Red Flag Laws. These laws would allow family members or law enforcement to limit a person’s access to firearms if they are deemed a potential threat to the public. 17 out of 50 states have enacted Red Flag Laws since Parkland, 12 of them coming in 2019 alone being used more than 1,700 times in total. One particular occurrence these laws were used was when Jack Sawyer, Vermont, was stopped from committing a school shooting. Along with these laws, the Federal government has banned bump stocks with regulation being signed by Attorney General Matthew Whittaker.

These laws will not halt mass shootings in the United States, but it will dramatically reduce the amount that we encounter throughout the year. The laws will not stop every person who takes up a gun to a crowd of people, but it will reduce them. They are not perfect and later laws will have to be added and later revised. There is not a universal choice that will end the violence and gun death. It will not happen overnight because there is no perfect choice for Republicans and Democrats alike. However, when we make the choice to put the lives of the people over politics, to put progress over fear, to put safety over the exaggeration of the Second Amendment, we will be able to take the step that’s needed to better America. Doing nothing while staring down the reality of mass murder in the United States is inexusible and indefensible. There are children dying, there are friends dying, there are people dying.