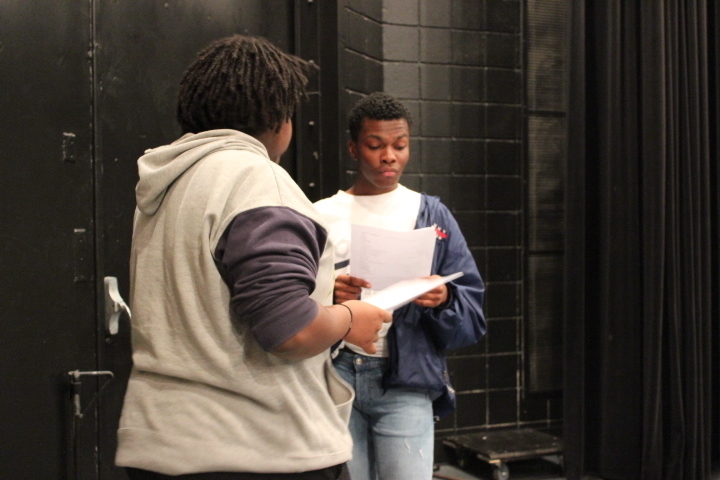 In October of the 2019 school year, the Warren Central High School PAC will be performing the musical “Elf” as their fall enactment in the Performing Arts Center.

“We chose ‘Elf’ because it truly is a fantastic and fun musical,” theater director Jeffery Dalstom said. “We don't like to pick the stereotypical musicals that most high schools do and ‘Elf’ definitely fits that description.”

Last year’s sold out performance was a musical version of the 2007 Tim Burton movie “Sweeney Todd.” In “Sweeney Todd,” Evil Judge Turpin lusts for the beautiful wife of a barber, sentencing the barber for a crime that he did not commit. Fifteen years later, the barber returns calling himself Sweeney Todd and vows revenge by killing his clients who are later used in meat-pie. Seeing how last year’s musical was darker compared to previous performances, Dalstrom decided to make this year more light hearted.

The Christmas Classic “Elf” is about a happy man who grew up in the north pole venturing into the real world to seek out his father and a place to belong. The movie is filled with light-hearted humor that allows the audience to chuckle at Buddy’s (Will Ferrell) comedic abilities. These highly differing musicals show different styles of acting and singing which can help students develop varying skills.

“We try to mix it up for the students and give them the best educational variety possible,” Dalstrom said.

Dalstrom explained that even though the theatre department lost a large amount of seniors last year, he is hoping for this year’s students to take the chance and stand up to the spotlight.

For the audition on Tuesday, Aug. 20, students with little to no theater or musical experience were required to perform 14-16 measures of any song they chose, while students in advanced choir and theater were required to sing Broadway originals only.

“All Warren Central students [were] welcome to audition,” Dalstrom said. “We've literally had people sing happy birthday and get cast before.”