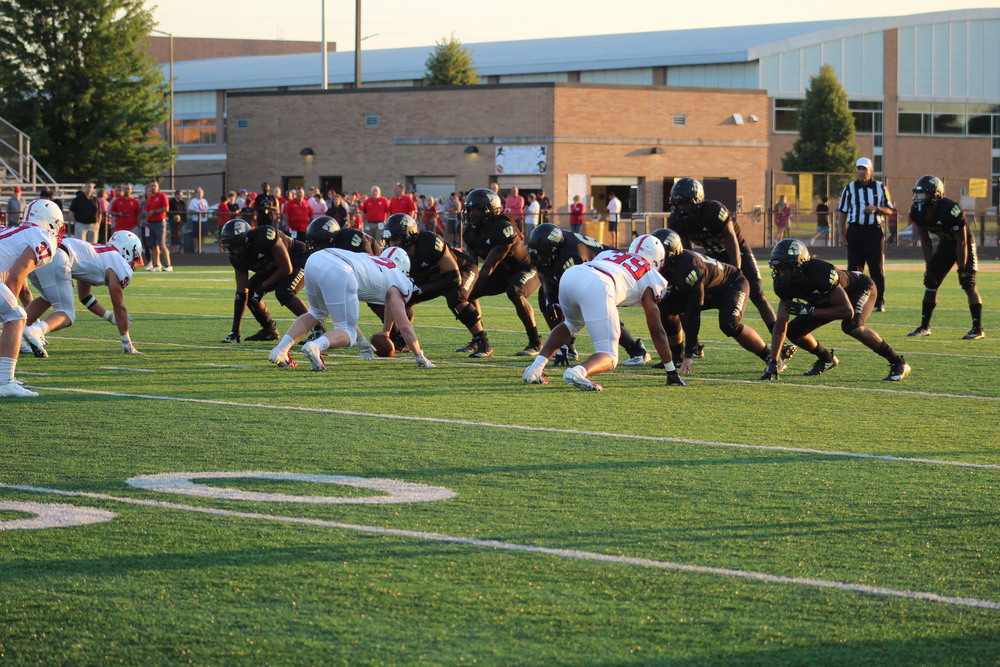 On Aug. 30, the no. 1 ranked Warren Central football team looks to play Trinity High School at home in the Warrior Stadium. Since winning their ninth state title in school history last November, the Warriors have been a common target across the state of Indiana.

Under the Friday Night Lights, Warren Central football has been categorized as a tough opponent to beat due to recent Warren graduates David Bell and Romeir Elliot. Even with the graduation of Bell and Elliot, the Warriors are not afraid of what’s in store this season. Instead, they are excited to see what head coach Jason West is ready to do next. With their high ranking in the start of the season, the Warriors are not planning on riding out the momentum of last season, but instead creating new momentum.

On Aug. 23 the Warriors took on the Center Grove Trojans and came away with a dramatic 21-14 win. Going into half time, the Warriors were down 0-7, however, early in the third quarter, senior quarterback Cobe Moore threw a touchdown, allowing Warren Central to tie the game. With two touchdowns in the fourth quarter, the Warriors pulled ahead of the strong, top ten ranked team, securing a conference win.

The Warriors have been a force to be reckoned with over the past several years, clutching nine state titles. Although the Warriors as a team have proved themselves strong, as individuals they each offer various strengths to the team to add depth and variation to the line up.

Originally starting off the season as a tight end, shortly before the game Moore was switched to quarterback because of an injury on the team. As a calm and collected player, Moore has proved to be reliable on and off the turf for the Warriors. Moore has been a part of the Warren Central football program for his entire middle and high school career and has been playing football since he was three. Moore fell in love with football when he was younger and is excited to see where he can go with it. Starting off in the yard playing football, Moore’s father signed him up for the local little league team when he was four.

“When I was younger I played because I loved the hard contact that it came with but now I play not only because I love the sport, but because I’ve got a lot to give back to my family and my coaches,” Moore said.

Moore has already been featured in local newspaper articles that covered his success in transitioning into his new position on the team. To Moore, the most important thing about football at Warren is not the press or recognition, but instead the prominent bond between Warriors and Warrior fans alike.

“I wanted to play football for Warren because at Warren, football is more than just a sport. It’s what brings everyone on the east side together. It’s an opportunity to show the world what Warren is all about,” Moore said. “The bond is real between the team, coaches, teachers, students, alumni, and many more.”

Another senior Warrior on the team is left tackle Jake Wellmann. With a position on the offensive line, Wellmann has been a key player in many games and is expected to continue to aid the Warriors as the season continues. Wellman’s family has been deeply involved with Warrior Athletics, his father Todd Wellmann was on the 1984 and 1985 teams who won the first two state champion titles in school history. Todd Wellmann is currently one of the assistant coaches for the team and has been part of the coaching staff since 2010.

“It’s all I know. I was born and raised in Warren Township. It’s always been my dream to put on the black and gold and play for that dub on my chest with my brothers beside me,” Wellmann said.