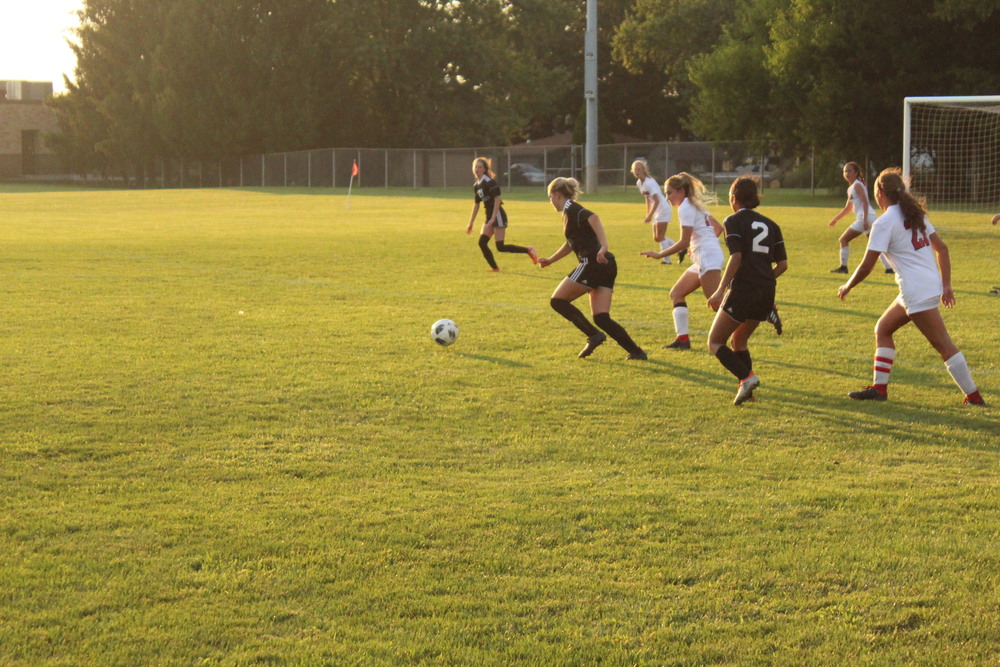 After advancing to the class 3A Sectional semifinals for the first time in 4 years, the girls soccer team has concluded their 2019 season with a final record of 3-15-1. Although the girls were unable to finish their season with a sectional championship, they were able to improve their record from the previous season as well as showing improvement from the beginning of the season.

“I honestly feel great about the most recent games versus the ones in the beginning of the season,” junior Chyna Jones said. “We’ve honestly gotten so much better and the growth is definitely there.”

With the team’s wins coming at the end of the season, the girls have felt the reward of working hard every day after practice and in every game. With wins over Perry Meridian, 4-3, Speedway, 7-3, and Southport, 2-1, the ladies have pulled strong team wins in the conclusion of their season.

Junior Ruby Dollar leads the Lady Warriors in time played on the field and assists, scoring 3 goals of her own. Dollar has been a member of the Lady Warriors soccer team for three years and plans to return next year to help contribute more to her team’s statistics.

“I am very proud of how we came together as a team throughout the season. Starting the season most of us had never played together, however by the end of the season we learned how to play together and as a team. I’m excited to see how we improve come next season,” Dollar said.