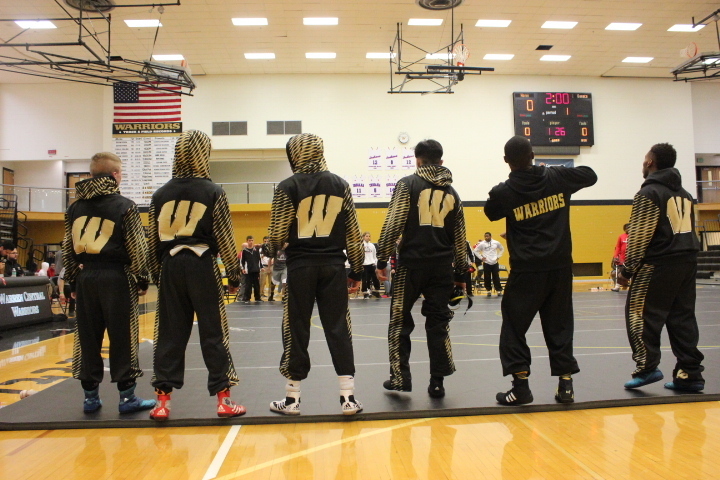 Krulik is not new to the Warrior Nation, as he has been both a teacher and wrestling coach here at Warren for five years. With a total coaching experience of 12 years, Krulik brings additional experience and coaching viewpoints, having previously coached at Perry Meridian High School. Krulik has both wrestled and coached for over 30 years starting wrestling in kindergarten and continuing throughout college.

Krulik is proud of the culture that has created in Warren wrestling and views that the development of each individual as not only an athlete but also as a person outside of athletic activities.

“Some of my fondest memories as a coach are of seeing our athletes consistently doing the right thing and accomplishing their goals. Even bigger than that is watching our wrestlers become successful men and women,” Krulik said. “Winning more state and national titles are always a goal, but seeing a kid five years down the road who is now a successful man or woman means a lot more to all of us! Watching a former student-athlete become a good man or woman, a great husband or wife, a caring parent, that's pretty cool.”

Over the past few months, the team has conditioned and cut weight for their weight classes as well as to get into the physical shape needed to be successful during the season. The athletes have been working on old moves as well as learning new moves in order to prepare for competition.

Last year, the team had a strong season overall as they were sectional champions and tournament champions as well as sending multiple athletes to individual state. The Warriors hope to continue their success this year in as many ways as possible, both on and off the mat. However, as well as having strengths the Warriors also suffer from weaknesses like other teams.

“This team has really come together. As coaches, we love seeing the family mentality being developed on and off the mat,” Krulik said. “They want to win. Of course, everyone does. What is starting to take shape is our wrestlers are realizing the work ethic and consistent effort needed to have success, not just in wrestling but in life.”

On Tuesday, Nov. 19, the Warriors hosted their annual intersquad scrimmage in the South Gym the Black and Gold Wrestle Offs. During this scrimmage, the goal is to see who best represents Warren Central and to have a fun atmosphere for wrestlers and fans alike as well as to recognize all youth wrestlers and Warren wrestlers that placed at the state or national level last year. At the end of the night, team Black defeated team Gold by a score of 43-27.

“Our wrestling community has always been loyal and incredibly supportive. It means a lot to the wrestlers to know our community supports them. Seeing hundreds of fans and alumni showing up for an intersquad meet is a pretty cool experience,” Krulik said. “Black and Gold provides an outlet for us to assess our athletes’ performances through a competitive outlet. It is a great opportunity for our wrestlers to engage in friendly competition in a fun atmosphere.”

The following Saturday, Nov. 23, senior wrestlers Autumn, IHSGW state runner up, and Alise Terhune, IHSGW state champion, traveled to Decatur Central. This tournament is the first all-women’s tournament of the season and will also be an additional opportunity for the female wrestlers who have joined the team. This year, there are three new Warriors who will be representing Warren Central wrestling, freshman Jordan Boyd and sophomores Isys Murphy and Brittney Felipe. The Lady Warriors placed 4th at the Invitational out of 13 teams, with Autumn and Murphy placing first and Alise and Boyd placing fifth.

“It was a great way to prepare for state, which is coming up in about a month and a half. We have three new girls, and it was the first time they ever wrestled, and it was very exciting,” Alise Terhune said.

While the Lady Warriors traveled to Decatur Central, the boys opened their season with a win at John Hurrle. Finishing with a score of 507.0, 165.5 points ahead of second-place finisher Fishers, lead to victory by juniors David Pierson and Ju’juan Anderson as well as seniors Aundre Beatty, Brice Coleman, Deyontae Allen and Alexander Hernandez.

On Thursday, Dec. 5 the team hosted their first home meet of the season against North Central. The Warriors were able to defeat the Panthers with a score of 56-14. This strong win over a conference opponent helped the team gain additional momentum and confidence to carry on into that Saturday’s away tournament at Cathedral High School.

During the Cathedral Super Six Duals, the no. 5 ranked Warriors were able to defeat state ranked Avon by a score of 48-21 as well as Culver 66-9. Next, the Warriors went head to head with the no. 2 ranked Cathedral Irish, but unfortunately fell to the Irish 23-32. This was the first loss of the season for the Warriors, however, they are taking it as motivation to improve and get even better for their upcoming competition.

The team is excited to see how this season will go and are putting in work every day to make this season the best it can be for both themselves and for the team.

“I think this will be a very competitive season hopefully with a lot of wins,” Alise Terhune said. “I think overall, I will come back and win state again, and as a team, we will be able to win team state.”