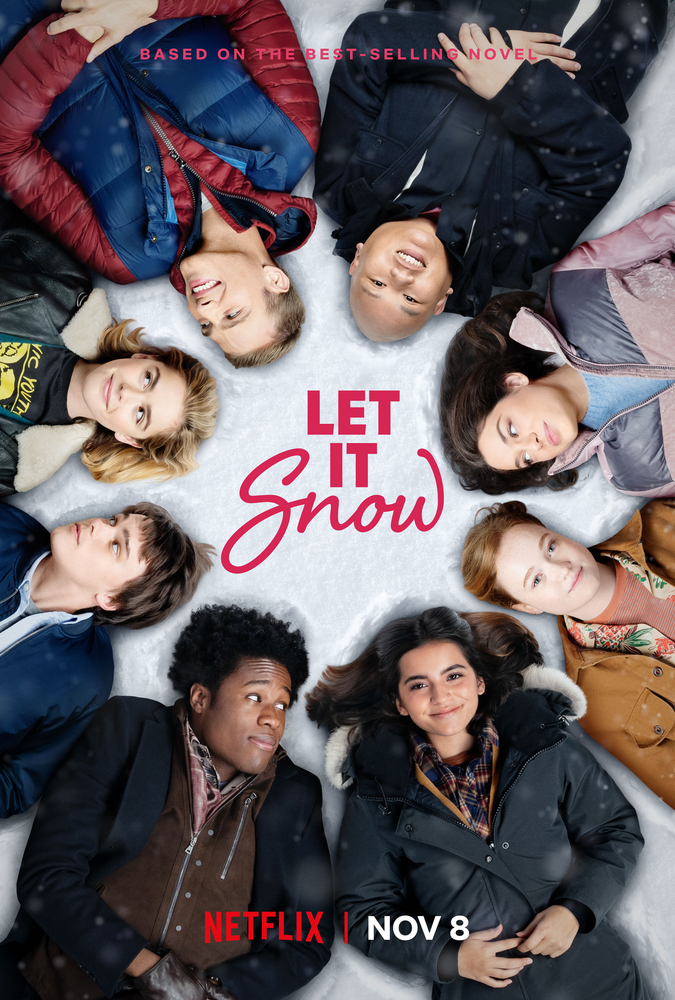 A new film based on John Green, Maureen Johnson and Lauren Myracle’s book “Let it Snow” has been released for the holidays, but even though the Christmas holiday is approaching, “Let it Snow” would be a pretty disappointing watch over winter break.

The film opens with a message that snow brings people together, no matter what the situation may be. Following this, the viewer is introduced to the main characters: Julie, Stuart, Angie, Tobin, Dorrie, Tegan, Addie and Keon, who all live in the small town together where most of the scenes take place.

The movie consists of separate plots that all come together at one of the town’s most prominent features, the Waffle Town, or as referred to in the movie, the “affle Town,” pronounced ‘awful’ town. This is a play on how unfulfilling the lives of the characters are before they are all brought together. This location served as a main ‘hub’ where lots of main plot points occurred, and eventually, where the story would wrap up.

The movie has a very interesting concept with the separate plotlines eventually all existing as one, and this is an idea the movie handles very well. However, the movie struggled with forced romance and rushed plot lines. One of the plots was between a common girl, Julie, and a superstar, Stuart. The two had only met that day, yet by the end of the movie, the two were already in love, sharing a kiss at the end of the film. Anybody who has ever been in love before understands that true love definitely takes more than a few hours.

Tobin, the film’s underdog, spends most of the film chasing Angie, who is pretty indulged in another guy. However, at the end of the movie, everything seems to work out as she was in love with him the whole time. This was especially irritating as she did not give any real signs of having feelings for him until that moment, making some writing inconsistencies pretty evident.

However, there were some quality points in the movie, as Dorrie was trying to get her cheerleader crush to pay attention to her again after several mixed signals from her. This plotline is arguably one of the better ones as not only is it much better written, but the subtlety of the LGBTQ representation without overexaggerating that they are both girls was handled beautifully. In the end, the two end up together, after some semi-rushed character development, making for a pretty quality segment of the movie.

Then there was Keon, an aspiring DJ searching for validation not only from his peers, but in the DJ community. He even manages to get a popular DJ to agree to come to his party. Of course, the DJ does not show, but the party is still a success because Stuart just so happens to show up and make sure everyone was talking about it. All the plots are tied to one as they all meet at the party, and everyone gets their happy ending.

For this reason, the movie at best is merely mediocre. While it was a very good movie in concept, its execution and overly cheesy moments made the film cringe-worthy at points. While the concept of the film was actually really creative, the execution was very disappointing and made the film really tank in terms of quality.

The movie itself gets a 4 out of 10 for its lack of depth as a quality film and disappointing carry through, however, it did still have some promising moments and earns bonus points for the accurate representation of the LGBT community. The movie can be found on Netflix for those who would like to watch it.