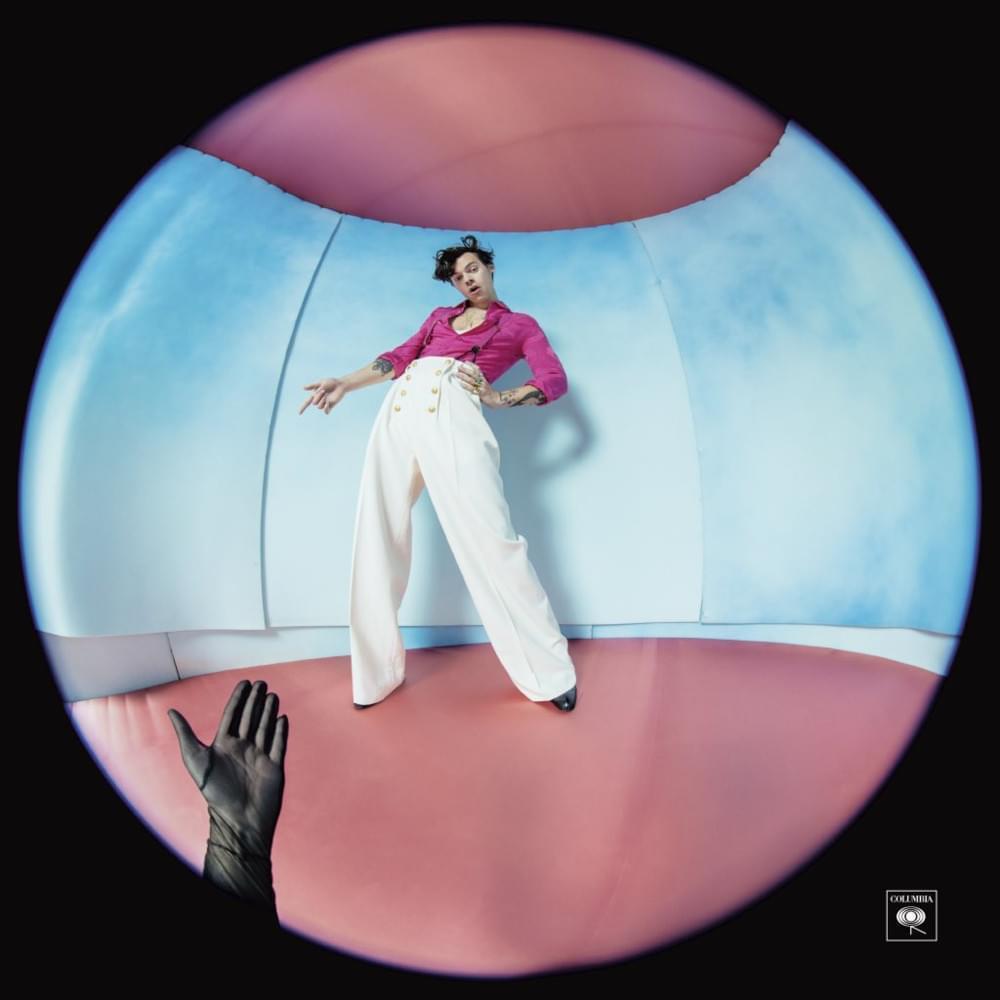 The Return of Harry Styles

Singer-songwriter Harry Styles releases his sophomore album “Fine Line” two years after the release of his self-titled debut album. While the album has been set to be released on Dec. 13, fans have been eagerly anticipating his new music since the surprise release of single “Lights Up” on Oct. 11.

The 25-year-old rose to fame after being placed into One Direction with four other boys on the British competition show The X-Factor in 2010 after the judges agreed that the boys would be stronger as a group. Throughout the seventh season of the televised show, the group of boys soon became a fan favorite and eventually placed third. Almost immediately after the finale, the band was signed to Syco Records. One Direction has won nearly 200 awards, gone on four world tours and produced many hit pop singles including “What Makes You Beautiful,” “Best Song Ever” and “Story of My Life” over the course of their existence. The group was a strong contender on the pop charts for years before taking an indefinite hiatus in December of 2015.

Through One Direction, Styles received the reputation of the teenage heartthrob and has been the it boy for nearly a decade now. Recently, Styles has used his platform to show support for social issues such as Black Lives Matter, the LGBT Equal Rights Movement and a movement for gun reform. He has also challenged questions about culture, gender, identity and new ideas about masculinity and sexuality, as he feels it is important to not ignore what is going on in the society around him and instead to preach inclusion and acceptance. Some ways that Styles challenges gender roles is by painting his nails and wearing flowy shirts and heeled shoes.

Two years after the hiatus began, Styles released his debut studio album on May 12. The album is 40 minutes of soft rock and pop featuring singles such as “Sign of the Times” and “Kiwi.” It debuted at no. 1 on the US Billboard 200 with 230,000 album units, the highest first-week sales for a British male. The six-minute piano ballad “Sign of the Times” was the first song to drop by the solo artist and has been compared to David Bowie while having the orchestral-arrangements of Queen. The song serves as a stepping stone away from One Direction into his solo career as it creates the sound and meaning behind his lyrics and sets the tone for what Styles writes about beyond the typical pop songs many have come to expect from him. This song shows off the range of Styles’ vocal ability, with a high falsetto note as well as a controlled croak. Styles switches to a completely new sound with his single “Kiwi.” “Kiwi” is Styles’ take on exploring the sort of AC/DC garage rock that many fans rallied behind, loving the high energy song for singing sessions in the shower.

His debut album eventually went platinum in the United States and gold in the United Kingdom. While Styles only had ten songs on the album, fans were ecstatic at his solo debut and world tour with the prominent slogan of “Treat People With Kindness” or “TPWK.”

On Oct. 11, the breezy indie-pop single “Lights Up” was released as well as the music video. The video is shot mostly in the dark where Styles is in the center of a group of people, lip-synching the words to the song. After the release of his music video, Styles took to Twitter with “Do You Know Who You Are?” tweets with links to his website and hints about songs on the album. Styles also released a cryptic 12 song tracklist as well as 2020 international tour dates starting in June.

Although Styles has been very cryptic with information of his new album, it is apparent that in his upcoming album, Styles will be testing out a new sound on his new album as much of the album has been recorded over a six-week period in Malibu-based Shangri-la studios with producers Tyler Johnson and Jeff Bhasker. In his Rolling Stones article, Styles described his sophomore album as his “toughest” and “most soulful” music to date and says that he feels like during his first album he “was bowling with the sides up” and feels like he’s taken them off now.

The album cover features Styles wearing a pink shirt and white pants in a blue and pink room, taken with a fisheye lens, distorting the image.

On Nov. 16, Styles pulled double duty as both the host and musical guest on Saturday Night Live, which he had previously been a musical guest on in 2017. Styles also participated in multiple skits alongside stars Cecily Strong, Chris Reed and Heidi Gardner. While these appearances were fun for the audience to watch, Styles was able to raise additional excitement for his album with his musical performances. During his musical performances, Styles performed “Lights Up” and his newly released single “Watermelon Sugar” with a new band.

Although not much is currently known about Styles’ sophomore album, “Fine Line” will contain 12 songs, 10 of which are still unreleased. The physical copy of the album will have two CDs, both with two sides.

“Fine Line” is available today on Spotify and Apple Music as well as Harry Styles’ website, or can be purchased in stores for $13.98.