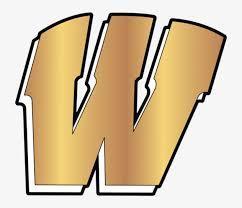 Warren Central’s debate team opens up their 2019-2020 season in their first year competing in the last 20 years. With most of their members finishing in fourth place and above, this new club has had a successful start.

As a first-year teacher at Warren Central, English teacher and debate sponsor Sylvania Hernandez refounded the club. In the 90s, Warren Central had a debate club. Although as the popularity and departments of the speech world grew, debate slowly diminished until it was completely dropped at Warren in 1992.

Bringing debate back to Warren Central has left many students with another outlet of ways to express themselves. It gives students an opportunity to research and collaborate about real-world dilemmas with other students who have similar and or differentiating opinions.

“The idea of how much I will be able to benefit from the experience and skills made me wanna join,” sophomore Stephanie Cirilo said. “It's a place I can compete against intellectually stimulating people and gives me different perspectives over different topics.”

Some students prefer debate rather than speech, another variation of public speaking that has more categories such as poetry or dramatic interpretation. Being separated from speech allowed it to prosper and grow from what it originally was since it is a club based on public speaking about problems occurring in the world.

“I was actually on speech’s debate team for my first three years of high school,” senior member Ashton Wasson said. “It wasn't until I realized that doing discussion on the speech team did not allow me to question my opponents on any made-up facts that they had in their argument. I couldn't call them out without getting points deducted. But in debate the entirety of it is picking apart my opponent's argument which I really like.”

Since the club has been dormant for so long, everything had to be regenerated. From shirt designs, competition existence and more, Warren Central had to make itself known again.

“I was actually one of the people campaigning for us to bring back debate for at least the past two years,” Wasson said. “It's really amazing that we finally got Coach Hernandez to coach debate, and I really can't wait to see the team grow and get better. Which although I'll be graduating, I'll still come back to cheer on the debate team.”

Debate has helped many students with expressing themselves in other ways while giving an alternative to speech. And by being refounded, it has given itself a new standing in the new decade of Warren Central that many hope lasts.

"Debate is more than just arguing with someone else,”  Hernandez said. “It's educating yourself on real domestic and international issues. It’s making friends with complete strangers at every meet. It’s wearing your school colors with pride. It’s being a part of our family."