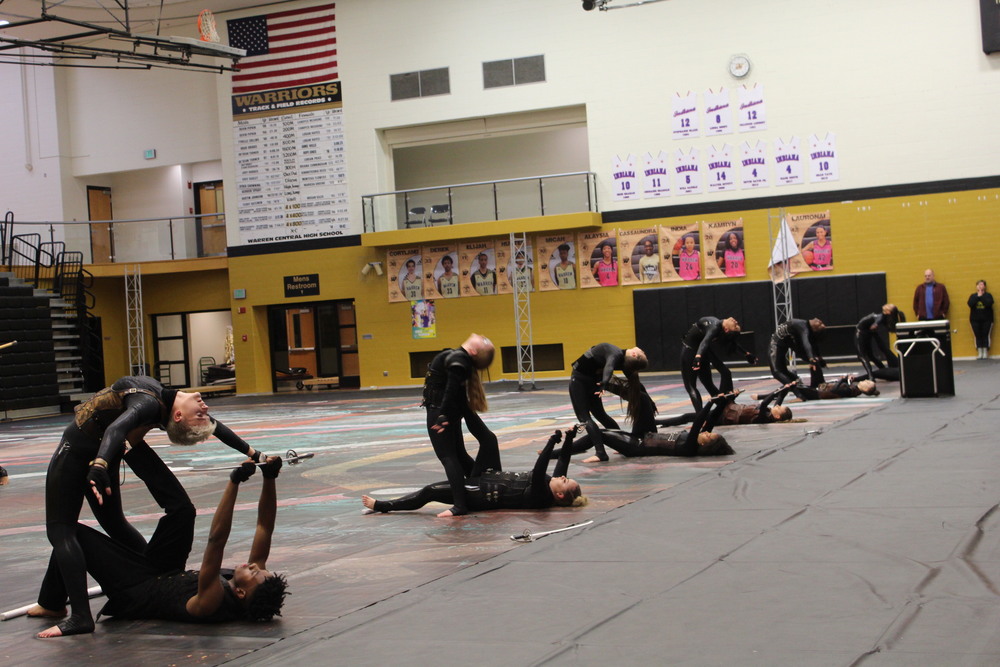 “My favorite thing about guard and performing is the creativity you can have with it. With guard, you can become anyone you want, and it brings you out of your comfort zone,” senior Angel Kelly said. “We need to work on being more confident and achieving everything more, those have been our two downfalls in the past few seasons.”

This season, team members would like to see an improvement in skills and techniques. As individuals, the team has many talented members but need to work on uniformity during their show. Between the bonding and technique, last season was one of the best according to the seniors, and members want to have an even more successful year.

“Last season was very successful. I think it was my favorite season,” senior Erica Lueken said.

A goal some members have is to make this season greater is to work on cleaning choreography or being more confident in what they do, but for the seniors, it is leaving their mark. These seniors are seen as role models by the underclassmen and will continue to help and inspire the team to do better.

“Knowing that this was my last first competition made me sad, but I had to put on a good face for my teammates. I know that this competition was the starting off point to being on my way to the end of the season and I know I’m going to miss performing and all my teammates,” Kelly said.

The team came in second place at their first competition, and they are working together to perfect the little things. The biggest thing they feel they should work on would have to be not letting the audience distract them. The team can get nervous and make mistakes that they would not normally make, such as dropping the flag or missing a move, but was still able to make it to second place.

“My least favorite aspect [about performing] is not being able to control what happens. When we perform we’re going against multiple groups at the same time, and we only have one chance to perform. So with 20 other people on the floor and going into schools that gym conditions are sometimes awkward to perform in, there is a broad spectrum of anything can happen,” junior Amiia Lyles said.

World Guard will be attending 15 competitions this season, and one competition the team is excited for is their annual big trip out of state. This year, they are going to Chicago on Feb. 28. According to the team, it can be a great bonding experience too, which can help them perform even better. Even though it is not as big of a trip according to the team, they are excited to make more fun and exciting memories with their team.

“I’m really excited for the trip because that’s when we really get to do a lot of our team bonding and get to know more about our teammates [which] is the fun part of the trip,” Lueken said.

As the season progresses, the team is ready to bring home many medals for the Warrior Nation. They are hoping to have a great season filled with fun and success, and can not wait to compete again.

“They are my family. I know that no matter what happens we can get through it,” Lyles said. “I just would like for us to just keep building on the skills that we have and to become a stronger team.”