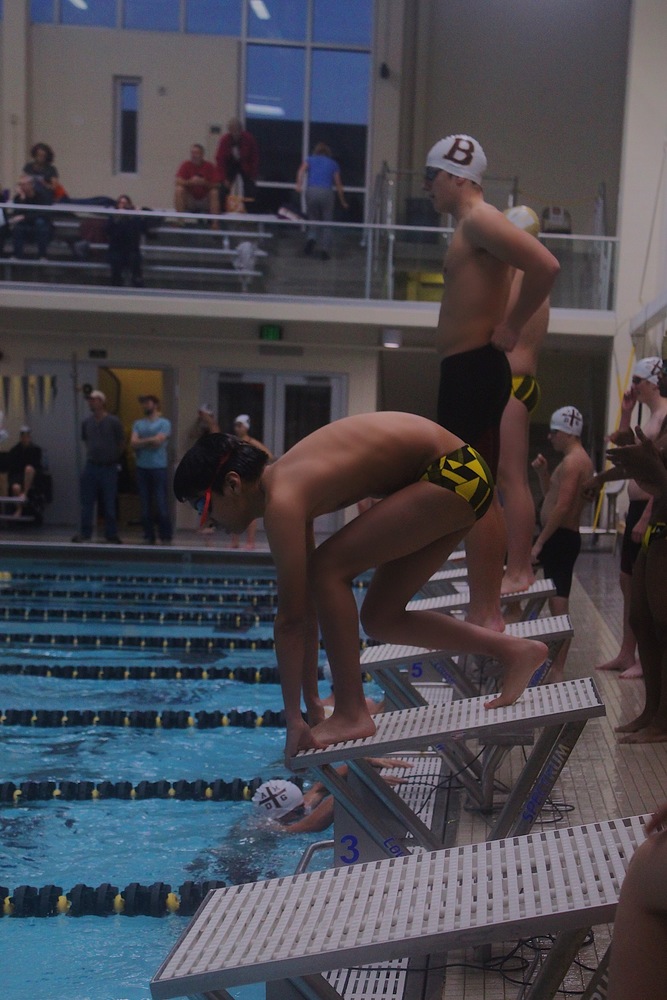 The Warren Central boys swimming and diving team has continued their season with strong performances in various meets such as the Marion County swim meet.

“We had a great meet. It was a great way to finish the first half of the season and see where we are compared to our sectional competition and to see how far we have come since the beginning of the season,” head coach John Sincroft said.

The team practices eight times a week and has become a strong competitor for the schools they face during their season. During the Marion County swim meet the boys placed third overall, a high finish that was accomplished due to high-level performances. During the meet, senior Johnathan Turner won the 100 Yd. Fly as well as the 200 Free Relay team composed of seniors Andrew Triplett, Gavin Gullotto and Turner and sophomore Josep Luik. These athletes finished the meet as Marion County Champions as well as helping to secure the best finish for the team in school history.

“The swim season has been going well so far we’ve made a lot of improvements as a team and have become a force to be reckoned with,” Gullotto said.

The training this season is one thing that has changed. They are focused on working hard inside of the pool in order to further improve upon the success they have reached this season as well as growing their team chemistry.

“The boys are closer with each other and their work ethic has been very good. They are working towards their goals each and every day,” Coach Sincroft said.

The Warriors are looking at a positive season and are working to go to state which is a goal that the team feels that they can accomplish. The boys have been able to come closer since previous seasons and are working to meet their goals every day.

“We are on a positive record and one of the best we've had within my four years here. New people, new rights and norms that I had to understand my role,” Turner said.