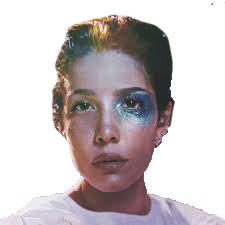 Halsey’s new album, “Manic,” came out on Jan. 17. This album dug into her emotions, as she explored different aspects of herself, with no specific musical genre. Although the scattered topics makes the tracklist appear to be odd, it is suitable for the album name and focuses on going through her mind and feelings.

The album was a whirlwind of emotion as every song offered a different wave of feelings to listeners. “Alanis’ Interlude” explored her bisexuality and shed it in a positive light, as she showed how comfortable she is with it now. On the other side of the spectrum, in the tracks “I HATE EVERYBODY” and “Forever…(is a long time),” she shared with us her self-destructive tendencies and how they contributed to blowing up her healthy relationships. In those songs, she was angry and it felt like she could have been venting through her songs. The emotions were diverse on Manic, just like the genres of the songs.

The genres on the album were not consistent, but it made the songs have their own points where they shine. “I HATE EVERYBODY” is an emotional rap song while, on the other hand, “3 A.M.” has more of a rock style. However, the one song that completely tossed genre out of the window was “You should be sad” as it is a confusing mix of country, alternative pop and guitars. It is very difficult to place that song in any one category which makes it a stand out song that could attract different kinds of listeners. The album also does not stick to just one topic at all.

The album’s topics were sporadic, while confusing, it allowed for the album name to make more sense as it resembled a mind in a manic stage, going from one place to another at any point for any reason. “More” is a lullaby for the baby Halsey has not yet had, which completely differs from what the song “3 A.M.” is about as “3 A.M.” swears against love and relationships altogether. “929” comes off as what Halsey has thought since becoming an artist, some of those thoughts were heavy. Some of the thoughts were very heavy for her, like one of her fans saying “Ashley you gotta promise us that you won’t die ‘cause we need you,” “honestly I think that she lied” or “who do you call when it’s late at night when the headlines just don’t paint the picture right?”

“Manic”, overall, is one of a kind. The album explores a variety of emotions, has no specific genre of music it fits into and jumps from topic to topic. Despite the topic jumping being a little confusing, it could be taken as refreshing for those who like playlist jumps. It earns a 3 out of 5 stars. Manic can be streamed on iTunes, Google Play and Spotify.