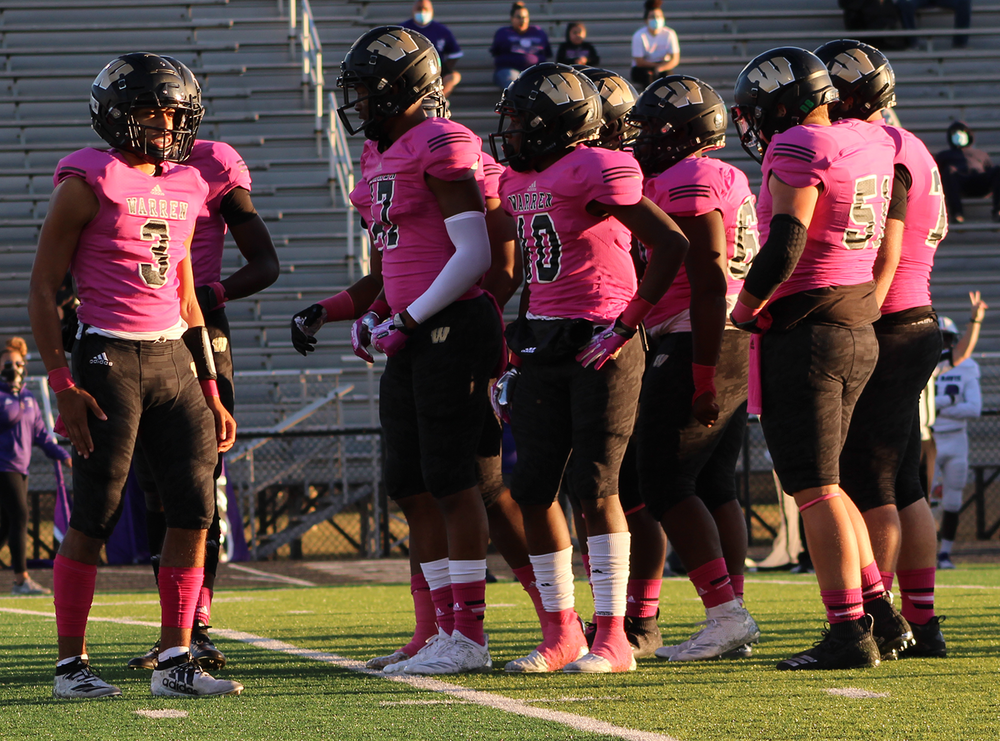 A rivalry to remember

Next Friday, the Warren Central Warriors look to play the No. 10 Carmel Greyhounds Last year, the Warriors lost to Carmel 24-0 on a rainy night in October, coming off of a 24-23 win at Lawrence North.

“I think it has just been back and forth, I know they got us last year, because it was our worst game of the year. We didn’t come to play and I take that personally as a coach. We gotta make sure that this year we make up for it,” Coach Robert Robertson said.

Warren Central and Carmel are one of the fiercest rivalries in the state, and the Metropolitan Interscholastic Conference.

“There is a lot of hype around the game because of the rivalry [and] we both want to come out with the win for our schools,”  senior football player Jeremiah Hernandez said. “The rivalry comes into play during the game through physicality because we know that we want the win and so we are making sure we do what we can to get the win at the end of the game.”

The Warriors have a home game tonight against No. 5 Lawrence North, which they hope will be good preparation to play Carmel.

“The team is prepared for the game,” senior football player Nagi Beard said.

The team has many different ways to prepare for big games like the one against the Greyhounds. “The biggest part is staying healthy and continuing to get better,”  Robertson said.

The strong feud between the teams is really shown the most during the games when it is a close game, if the game is very important, or if it is meaningful, like a playoff game.

The rivalry is such a big deal because both programs are known statewide for being exceptional at football for many years. It is also a rivalry because the two programs usually play against each other in important games.

“We have been in many state championship type games against them because whenever we make it to state, they are usually on the other side. We usually play them in the last game for a conference championship,”  Robertson said.

The team looks like they are ready and prepared for the game next Friday.

“I believe that the team is prepared for the game. The defense got a shutout against LC, did really good against Center Grove the first week, and NC [North Central] the second week, so I think that we are ready for it and the offense is gonna get the job done,” said Hernandez.

The Warriors have different strategies to winning throughout the season.

“The team is taking it one game at a time, trying not to overthink it, and getting ready for the next game,” Beard said.