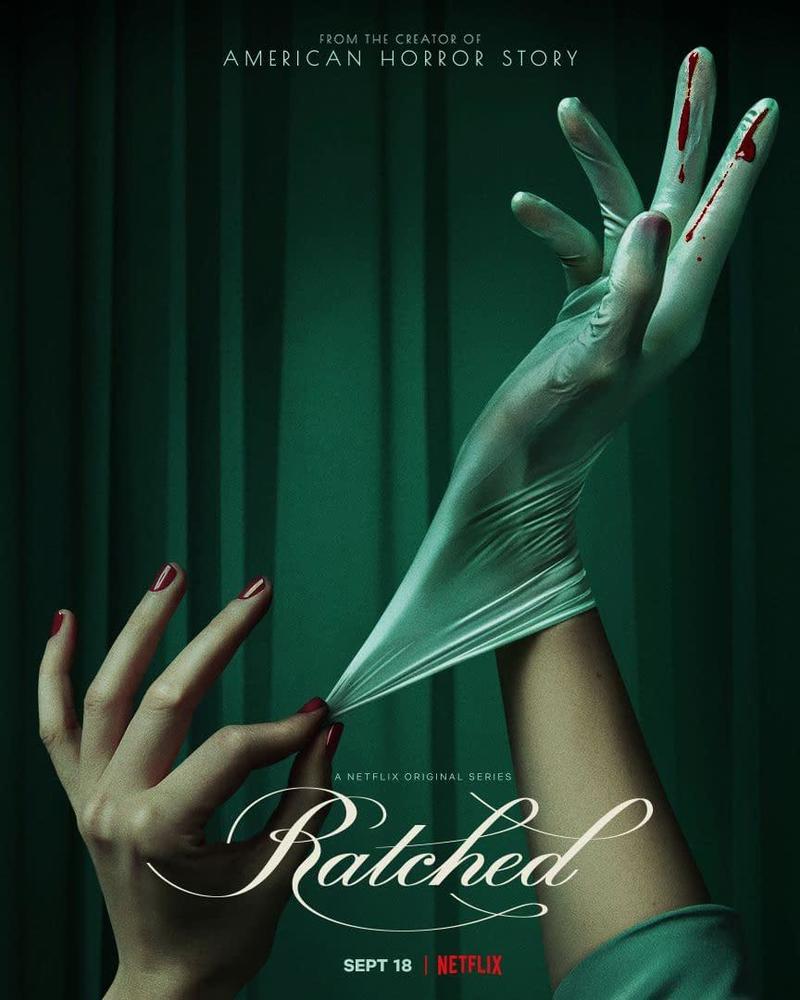 When going about giving Ratched her motive, they are not afraid to be blunt about what had happened to her. She had been shown the tougher side of life from a young age and was in and out of foster homes as a child with her adoptive brother, until they were separated from each other when he needed her. After hoping she would see him again one day for years, she finally gave up hope before finally settling into her new Lucina State Hospital. She does however find him as a patient there at Lucina and finding him gives her a new motive, break her brother out of there. This seems like enough to focus on, but the show delivers more plotlines than that to follow which made the store more convoluted than necessary.

Some of the secondary plot lines included Governor George Wilburn supporting Lucina State Hospital as a way to be reelected. The governor’s secretary, Gwendolyn Briggs, being married as a cover for both herself and her husband. Dr. Hanover’s past coming after him thirsty for vengeance. Nurse Dolly engaging in sexual acts with patients, getting caught on multiple occasions. Ratched having an affair with a woman, which was frowned upon and was actually classified as a mental illness at the time. Those are just a few main plotlines that stand out, but for just an eight episode season, it really is a lot for a viewer to take in. There is just so much given to keep track of as the season progresses and it becomes easy to forget what the main point is. The overarching plan of the season gets lost in the mix due to that and by the time the main plot line is achieved, it is almost at a point where it feels insignificant. It had gotten outshined by the other plots that it did not seem to matter nearly as much as it should have to viewers by that point.

With a TV-MA rating, “Ratched” is not a show for kids by any means. It has very graphic and unsettling scenes just within the first few episodes. Some of these senses include a savage murder spree in the first episode which left four priests dead was bloody and they were not shy about showing that off at all. Also featured were two different concepts of lobotomies, which look equally painful. One was a drill method where they drilled into the side of the patient’s skull and into their brain, which killed the patient almost immediately and looked extremely painful. Then the other was an ice pick lobotomy, where they stuck an ice pick into their eye to cut out a chunk of the frontal lobe, but the way it was inserted was with a hammer and sounded disgusting as it went in. As the show goes on, the therapy ideas from Dr. Hanover get increasingly more concerning as he has nurses implement hydrotherapy. The process of hydrotherapy shown in the show includes almost boiling people for twenty minutes, then making them sit in an ice bath for five minutes to cool down after being boiled. The treatment of the patients was horrendous and extremely hard to watch, but does add to the show’s charm with its dark themeFrom the creators of “American Horror Story” comes a new, unsettling series, “Ratched.” The show takes place in a mental institution located in northern California in 1947 and is based on a novel made in 1962 called, “One Flew Over the Cuckoo’s Nest” by Ken Kesey, which makes the show all the more interesting when you look at what has been left out thus far. Despite being based off of a book, the main plot in the show seemed to get clogged by other storylines trying to have their moments all within the first season. With a TV-MA rating, there are many scenes that could be sickening for viewers with a weak stomach.

The book “One Flew Over the Cuckoo’s Nest” serves as the base for the series and the story goes as follows, Mildred Ratched is head nurse at an all male mental institution. She formerly was an army nurse and runs the current nursing staff and patients with an iron fist. The patients in the facility are separated into two groups Acutes, patients who can be cured, and Chronics, patients who cannot be cured. For someone working in a mental institution, she surprisingly takes the opportunities to make them feel worse. During daily group meetings, she would force patients to attack each other in hopes that it would shame them into submission. However, if a patient tried to refuse or rebel against this, they would be sent to electroshock treatment or sometimes to get a lobotomy. Both practices had been largely unaccepted by the medical community at the time.

One of the patients in the facility is Randle McMurphy, who introduces himself as a gambling man who loves women and cards. He hears of Nurse Ratched during his first group meeting and bets he can make her lose her temper within the week. As the week goes on, the interactions between McMurphy and Ratched are humorous to the patients, but soon McMurphy’s rebelling soon gave the other patients means to rebel too. To which his bet did come to fruition, when he successfully held a protest and the other patients joined him, causing Nurse Ratched to scream at all of them. While the book definitely had more to tell about their relationship and how it changed, it largely focused on this patient. However he is never mentioned in the show, despite how much of a vital character he seems to be.

The show in its first season aims on giving Ratched a backstory and focuses on fleshing out her character, instead of just jumping into the madness that she seemed to have an innate ability for in the book. Giving her more of a backstory does help the viewers understand her character and her motives for doing what she does.

“Ratched” while missing out on a good character from the book the first time around, having a lot of storylines competing for attention and containing very disturbing imagery, was still an incredible watch. It had everything going for it, but was just a little rough around the edges as a result of trying to tackle so much in its first season, earning it the rating of 4/5 stars. All eight episodes are currently available to watch only on Netflix.