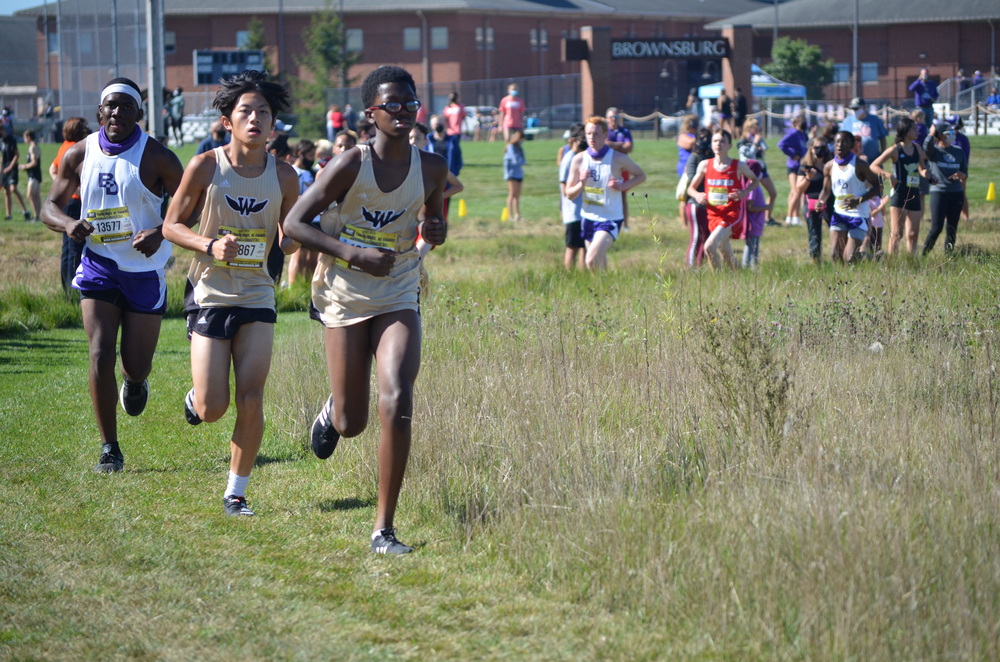 The boys and girls Cross Country team has had the opportunity to continue their season despite changes and regulations made by COVID-19. They have been finding a rhythm with the new rules and adjustments to get the chance to be able to compete and continue practicing in a safe environment.

The boy’s coach, Coach O’Brien, coaches an extremely self-motivated group that holds themselves to the highest standards. Even with the loss of their spring season, the boy’s team has not lost sight of their goals.

“I enjoy coaching this team and if we stay healthy, this will have been the best team I have coached,” O’Brien said.

The idea of getting to sectionals and a regional title is all possible with the team taking proper measurements and accepting that to stay safe gives them a chance to work harder.

“While we work on those goals, we would like to finish top four at the MIC and Marion County and hopefully be in the running for a Sectional and Regional title,” O’Brien said.

Runners shared their concerns and what they believed could be improved and worked on but overall agreed on one thing, that instead of the pandemic lessening their experience, it has only made it so that they came to appreciate their small season and teammates instead.

“Right now, our biggest issues would be when some guys just have bad days and we could run better but with covid we lost a lot of opportunities to train and run before our season began. While COVID has affected us, I think that we have become closer to one another and have been enjoying the team chemistry and the people that we are learning about,” said senior Jacob Hartman.

The team is highly motivated most of the concerns are varying from getting organization, pace, and working hard every day just an elite team.

“It all comes down to our development and being able to social distance as much as possible,” Coach O’Brien said.

Besides goals, the team is off to a good start and the rules have not impacted training too much. Luckily it is easier to social distance when running. Runners such as Hartman, Kevin Sasser, and Xavier Wills shared their experiences, goals, and challenges that they have been facing throughout their limited season.

Kevin Sasser has been running for a total of four years and enjoys the joyful environment surrounding the team and freshmen that can carry the program when the seniors leave.

Runners Jacob Hartman, Kevin Sasser, and Xavier Wills shared that the season has been a very different experience because of all the protocols and adjustments but even with all this adversity, the team as a whole has been so dedicated throughout the summer when we couldn’t officially meet with the coach.

“COVID has added to the experience because it showed us who was dedicated enough to stay on the grind this year. And I think it has brought us closer as a team,” said Kevin Sasser.

Jacob Hartman first started his running career in the seventh grade at Creston and his advice to new runners this year shared how the pandemic lessened his experience but is making it worthwhile.

“My advice to any runner would be no matter how hard it is or how outlandish, stick with it. I’ve had an experience where it was hard one year but amazing the next. There are so many chances to win and grow if you are willing to make that change,”  Jacob Hartman said.