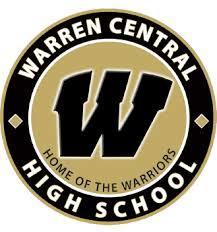 Senior David Pierson is on a New Level

David Pierson, a senior wrestler, is reaching new heights and is hoping to become a state champion this year.

“I am practicing six days a week and focusing on what I need to work [on in order] to win a state title,” Pierson said.

David Pierson has had a lot of help getting to where he is today, starting at a very young age.

“My family has been the biggest help because they have given me many opportunities to travel out of state and wrestle the best competition,” Pierson said.

David Pierson has had many amazing experiences throughout his wrestling career at Warren. He has been able to compete at big competitions such as the state finals since his freshman year.

“My favorite match ever is probably the one I did in my freshman year when I was an underdog and I was wrestling the number 4th ranked kid and I was ranked 17th. I actually ended up pinning him midway through the second period,” Pierson said.

David Pierson has earned the nickname “DP”, which is what he is called by his teammates. His teammates look up to him and are excited to see where he goes.

“He never gives up on himself or his teammates,” senior wrestler Moises Sanchez said.

Wrestling is David Pierson’s favorite sport because of the benefits of learning things like decision making and taking ownership of your actions. He started to learn these things at a very young age.

“I started wrestling when I was four years old and it has impacted me hugely. It helped me to mature and learn from losses. It also allowed me to be confident in myself and who I am,” Pierson said.

David Pierson is currently focused on getting a state title for himself and his team before he ends his high school career. He has stated that he would possibly continue wrestling after high school, though.

“I don’t know where I want to take myself but I know I want to go to college and I’m talking to colleges from every division,” Pierson said.