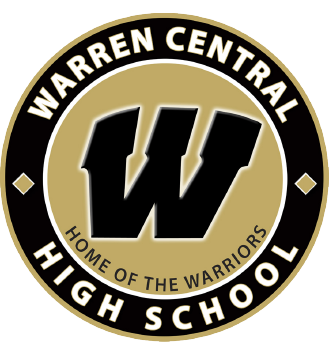 WeThink...Kamala Harris may not be the key to a progressive government

Since President-elect Joe Biden and Vice President-elect Kamala Harris have won the 2020 presidential election, the media has sworn around the idea of Harris becoming not only the first woman to be a Vice President, but also the first Black and South Asain Vice President. Their win gives progressive voters hope that the country is finally moving in a more positive direction and away from a more conservative viewpoint, but is Harris really the key?

Harris has been working behind the scenes of the government for years, and during that time she has made many unavoidable mistakes that many of her supporters disagree with. Starting with Harris' time as a prosecutor, she often looked to enforce change through law-enforcement, which many see as the root of the problem, and spent more time finding specific details of how to change the law in the slow process of the criminal justice and law enforcement system, rather than working with faster and progressive systems. The main issue however was how as a “progressive prosecutor” she made choices that affected the communities she claimed she was an advocate for.

One example is the “Three Strikes Law, ” which according to the California Office of the Public Defender, the law's purpose is to “dramatically” increase punishment (usually seen as a life sentence) for a person that has committed a serious felony three times. While other states have adopted some form of this law, California is often criticized for its harsh enforcement of this law, and Harris was a part of that.

Arson, robbery, drug possession and firearm violations were all considered deservable of life sentences by the state, and Harris convicted many offenders over these controversial crimes of which many agreed were not to be punishable by a life sentence. The law led to the harsh punishment of many offenders that committed non-violent crimes, such as drug possession, and it was seen as a direct target to the black and hispanic community, of which combined makes up around 72.4 percent of California’s prisons today.

While she dealt with criticism, when asked about how she felt about the public's opinions of her when she was a prosecutor, she publicly said that would not apologize for her actions as a prosecutor in a radio interview she did with The Breakfast Club saying, “I’m not going to ever apologize for saying that when a child is molested or a woman is raped or one human being kills another human being that there should be serious consequences for that.”

And when she became attorney general, she supported different policies and ideas that were seen as harmful for the communities she once again advocated to protect. She was a strong supporter of the truancy intervention program, which was a program that threatened to prosecute parents of children who were “habitually” late to school, which statistics showed would affect low-income families of colour the worst. Meanwhile, when attention was being brought to police brutality against people of color, Harris opposed a bill that basically would require her office to investigate police officers that were involved in shootings, and she also did not support the body-cams officers have to wear, as well as defunding the police.

Harris had the opportunity to bring about change for her community as well as the ones she supports, but she has gone about it in such a way that it ends up harming them in the long run. While we can celebrate her and Biden’s wins now, when they are sworn into office Jan. 20  it will be the time to bring the phrase “Settle for Biden” to light and understand that it applies to Harris as well.