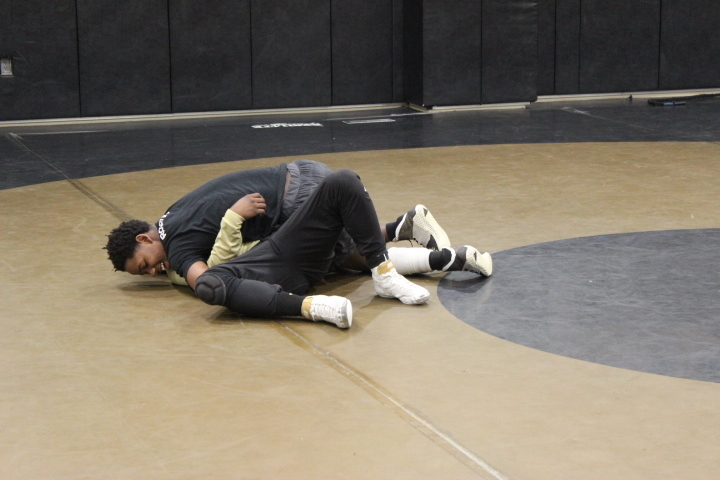 Warren Central Wrestling is a force to be reckoned with, and after earning second place in the team state finals, the Warriors are excited for what is yet to come.

“They wrestled well, they had to come from behind against Perry Meridian in the semi-finals and get three straight falls in order to win the dual,” Head Coach Mike Morgan said.

Many wrestlers led them through this tournament, including many of the seniors on the senior-filled team. One wrestler, freshman Kyrel Leavell, won all three of his matches, which boosted the team.

“I am very happy with my performance. I felt like I helped the team a lot,” freshman Kyrel Leavell said.

The team is happy with their growth shown from last year's team state. They stepped up their performance quite a bit from their fourth place finish last year.

“We lost to Cathedral in the semi finals and lost to Brownsburg for third in a very close dual,” Morgan said.

It was important for the wrestlers to grow at team state in order to prepare for even bigger challenges ahead.

“The team definitely came together during the semi-finals in order to go out there and make the finals. That is the best part of team state tournament is that we have to be a team in order to have success,” Morgan said.

The team is preparing for the biggest competition, which is the individual state tournament. Wrestlers have different views on what their goals should be going into the competition.

“My goals don’t change from match to match. I feel like you shouldn’t overlook anyone in this sport so I take it match by match and one takedown at a time,” senior wrestler Jajuan Anderson said.

The wrestlers enjoy being second in the state, however; it comes with a few consequences.

“It's kind of hard being the second best team in the state because every match the other wrestler wants to beat you to show that he's a good wrestler just like us and being second in the state comes with higher expectations,” Leavell said.

The Warriors came out of these duals as second place in the state, a very high placement, but want to go even higher.

“I hope to win team state next year. No one likes runner-up. It would be great to get a blue ring,” Leavell said.