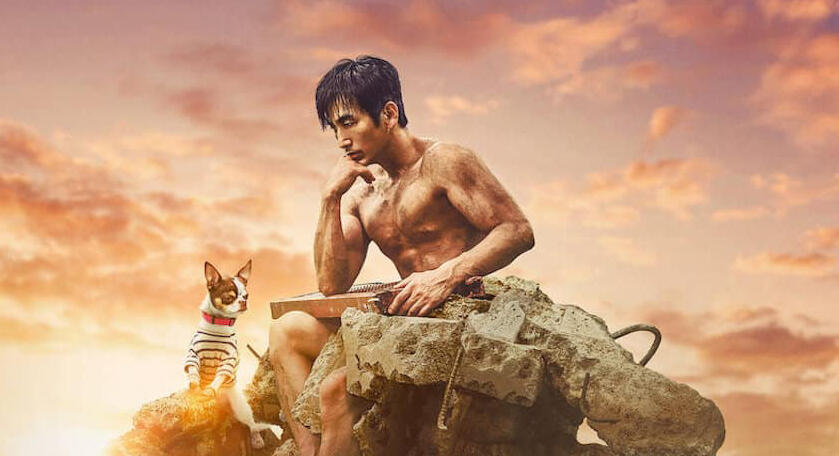 What happened to Mr.Cha? was released to Netflix January 1, and it follows South Korean actor, Cha In-Pyo, who plays himself. This movie presents how difficult it can be to be a celebrity, age in the public eye and struggle with self identity.

In the beginning of the movie, it looks into his past success, showing his many notable movies, in an interview with fans. This transitions into what he is currently doing, a photoshoot for a sports clothing brand. He flubs the photoshoot, deeming himself as a man with a serious image and strong presence and that even if the brand is inexpensive it should not look cheap because he was told to model it without doing what he was known for. This does not seem important at first, until he later finds himself hiking in their brand and coming across fans.

His fans put him into many common, yet awkward situations for a celebrity. He goes on a hike with his chihuahua, Twinkle, and is recognized by a pair of women. One of the fans, upon recognizing him, pokes him with an umbrella which forces him to catch himself with his hand...in Twinkle’s poop. He tries to hide it, but that only causes him to stay longer for the conversation. He is told then that they no longer know what he is doing nowadays. They force him into taking photos with them and then leave. Only after this interaction ended he realized Twinkle had gotten off her leash which leads him to yet another embarrassing situation. He finds his dog in the arms of a man wearing the same clothes he was, from the brand he had done the photoshoot in. During his attempt to get to the man and retrieve his dog, he faceplants into a puddle of mud. The man recognizes him after the fact and tells him he looks like a mess. He informs In-Pyo that a school gym is down the hill, through a hole in a fence and reassures him it is empty and he could clean himself up. He initially had not considered it an option, until the fans he had first met on his hike were coming with a group of friends and had spotted him. To escape, he goes through the hole and goes into the building, unaware it was going to be torn down that day. These situations showed how hard it is for a well known celebrity to go about their daily lives with the constant attention from their fans in public.

During his shower after the encounters with his fans, the building starts to be torn down. He finds himself under the debris of the building, naked. The rest of the movie is spent with him on the phone with his agent, A-ram, desperately trying to protect his image and career, fearing it would be in shambles after being rescued naked. This is where we initially see him starting to reflect on the past and beginning to question what the future holds.

As the call with A-ram goes on while he tries to figure out what to do so he can protect his image, to which A-ram finally says anything of importance the entire movie, “Do you even know what image you have? What your image is now?” This begins to make him question himself and what he should be doing now, since he had gotten older. Since his big break, he had tried to keep the same image, booking specific parts and keeping a specific look instead of adapting to the times. He never would’ve realized any of that, had A-ram not said that.

The movie had a unique sense of humor for a live action that really made it stand out. It was slapstick and dirty humor for the most. Despite that, none of it seemed unnatural given the situations it had happened in. Such as In-Pyo face planting into the mud while trying to jump over the mud puddle or him having jokes be made about his manhood while being naked in the building, trying to figure out what to do to save his public image. The humor is what really made this movie shine, despite the premise of it being his self reflection and figuring out what he would be doing next.

Overall, ‘What Happened To Mr.Cha?’ was an enjoyable movie. The movie was anything but boring with how they approached the predicaments In-Pyo was facing. It did a great job at showing how hard it was to be a celebrity, to be aging and finding his identity all over again, with the humor they had sprinkled in throughout the movie. It earned its rating of 4 stars. Currently, What Happened to Mr.Cha? can be watched only on Netflix.