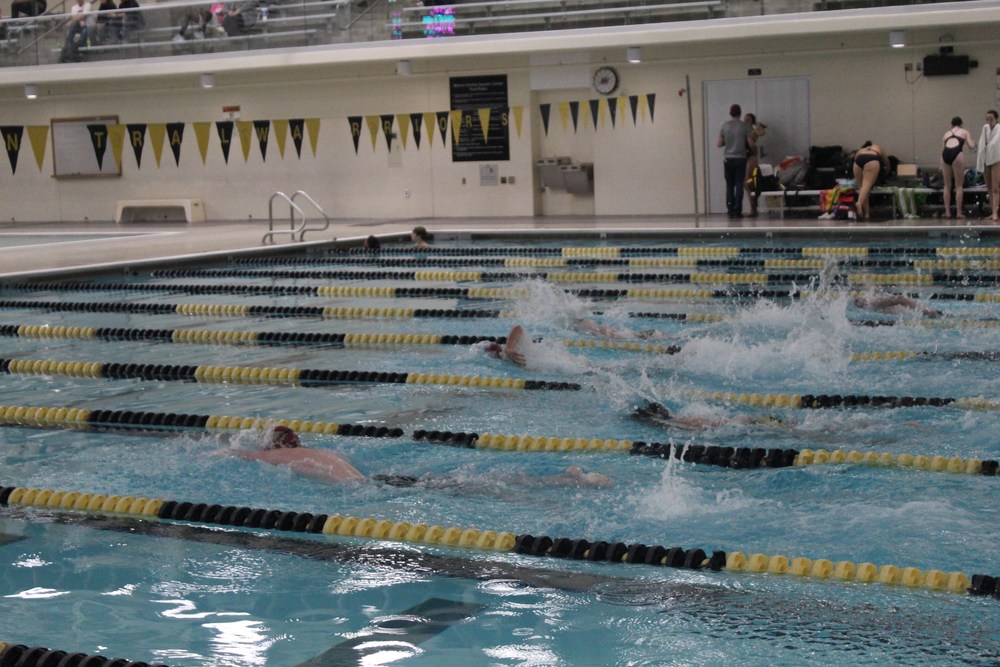 The Warren Central boys swimming team has been off to a slow start this season, but remains positive and has high hopes for the remainder of the season. They do not believe that their record represents who they are as a team and know that they are better than their record shows.

“We’ve had a great season so far. A lot of new people have joined and they have come up a lot from the beginning of the season. I can’t wait to see where it goes,” senior Tyler Trumpey said.

The team has started the season with a record of 2-2-1 and know what they need to improve on in order to be successful.

The team has faced some obstacles this season, such as sophomore Simon Park getting injured at the beginning of the season, but Park is not letting his injury hold him back.

“I still want to achieve everything that coach Sincroft and I had planned before the season started,” Park said.

The team defeated Brebeuf Jesuit on Nov. 29 with a dominating performance and an overall score of 93 - 78, with good performances by John Turner and Trumpey. The boys then competed at the Cardinal Classic tournament meet and placed second at the meet.

“John Turner put in a great summer of work that is paying off this season and Gavin Gullotto has stepped up huge in many different events. Also, freshman Josep Luik is a big presence for the future,” coach John Sincroft said.

The boys have six meets over winter break and are hoping for success in those meets to help set the tone for the rest of the season. Over the break, the team will also participate in the MIC preliminaries and the MIC finals for both swimming and diving.

“I would love for us to have a fantastic Christmas break so when we get to sectionals we can dominate,” Trumpey said.

As the season has progressed, the team can already see the improvement they have undergone and know that they can continue to improve with hard work and dedication.

“The team has improved greatly this season. Each meet, Coach Gaither will have a personal record board and I see at least 10 personal records every meet. Which if we are improving this early in the season, I can’t wait to see what we do towards the end,” Trumpey said.

While the swimmers care about improving their own times, they are also very supportive of one another and are pushing each other to make their teammates as competitive as they can be.

“I just want all of our swimmers as a group to drop as much time as possible and hopefully some of us make it to state,” Park said.

The Warriors are trying their best to be as good as they can be and this is clearly shown in their attitudes at practices and meets. This is greatly helping them on their path to victory as they prepare to have a great season.

“The team this year has a much greater sense of urgency and desire.  They are a lot more self directed and take less managing and that allows the coaches to coach more which has been a huge benefit,” Sincroft said.