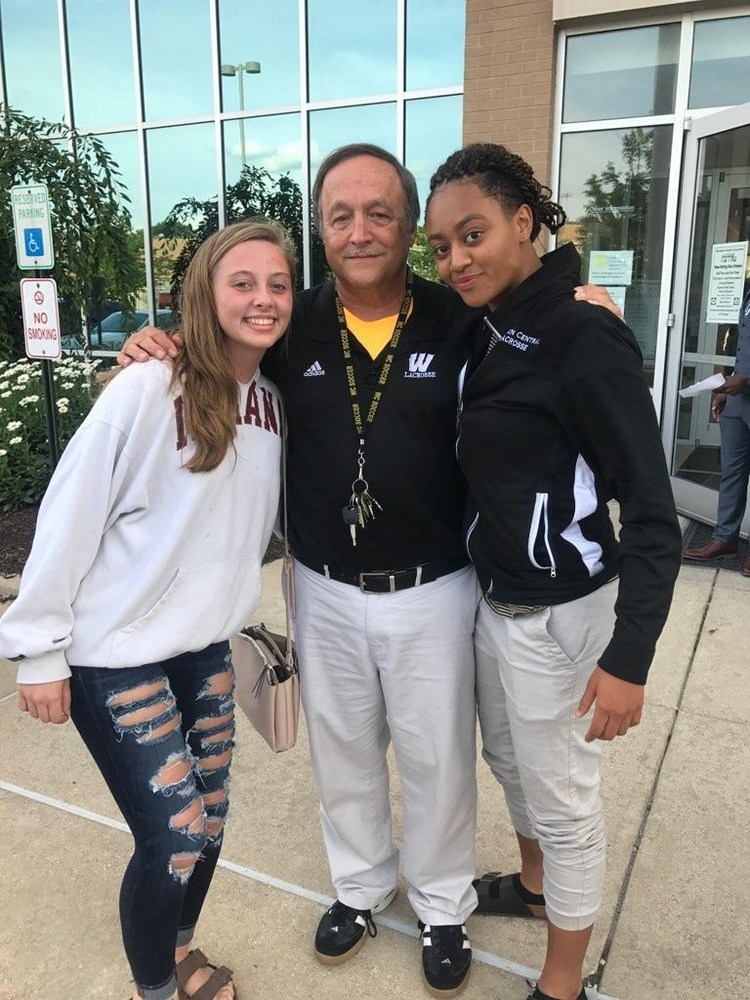 After 33 years of coaching at Warren Central High School, math teacher and coach Gary Roberts was selected as the Indiana Girls Lacrosse Coach of the Year. Not long after, he was inducted into the Indiana Soccer Coaches Hall of Fame.

“For someone to think I deserve an award like this is truly a great honor,” Roberts said.

Robert’s career in education began in Australia, where he lived for two years, teaching Social Studies, Geography and English. He then moved to Warren Township in 1979 and taught at Creston Middle School for 15 years. After teaching at Creston, Roberts decided to move to the high school where he has been teaching for 25 years.

“It's part of my community and I love teaching here,” Roberts said. “The best thing about it is the incredible mix of kids and adults that have been part of my life here.”

Roberts has inspired many educators and students alike.

Students benefit from his engaging lessons and connections in the classroom and his athletes learn from his motivational coaching.

“He connects with people and it doesn’t matter who, in the classroom or on the field and that’s what makes him so special,” Principal Rich Shepler said. “I don’t think anyone has had a bigger impact than Gary Roberts in the Warrior nation because he’s touched so many lives.”

He started coaching boys soccer in 1985 and was inspired to put together a girls team the following year. He went on to coach both teams for 17 years.

“It’s been a part of teaching, I couldn’t imagine teaching without coaching, it’s just a part of what I do,” he said.

“Over the years, I’ve figured out what’s really important and it’s more about working together with the players. Of course we want to win, but the things we remember the most are the things we did and not necessarily the games we won,” Roberts said.

Roberts successes were not limited to the growth of the soccer program, but also stretched to Lacrosse. He started the Lacrosse program in 2013 and, since then, the team has prospered. The girls lacrosse program has gone from being unknown and overlooked to becoming one of the top 10 teams in the state. This year, Roberts was selected as the 2017 Indiana Girls  Lacrosse Coach of the Year by the Indiana Girls Lacrosse Association.

“He has turned our relatively new program into a very competitive one that has knocked off several highly ranked teams and gained respect from schools,” assistant Lacrosse coach Ryan Blythe said.

Blythe was an original assistant coach when the Lacrosse program was formed in the spring of 2013.

Roberts has inspired many lives and helped his athletes to succeed and move on to play in the collegiate level.

“He doesn’t allow you to settle for anything and he definitely doesn’t let you give up on yourself,” 2017 graduate Taylor Baker said. “Because of him, I went from being scared to catch the lacrosse ball to earning a full tuition scholarship to play at a Division II university.”